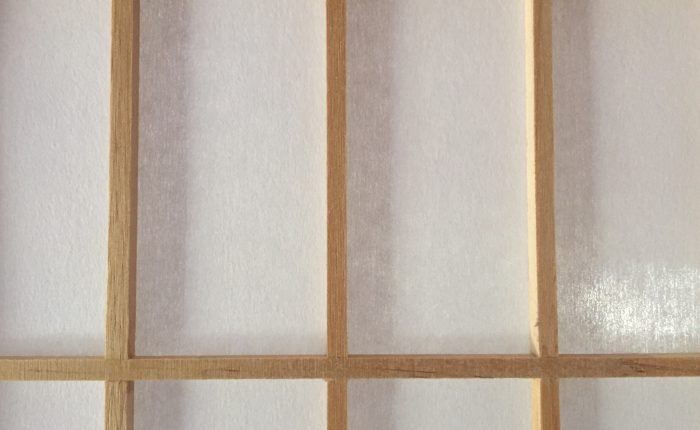 In a previous post, I mentioned my concern that the budgies aren’t getting the best possible sleep.  This is both because they are in a high traffic area of the house, which makes sense during the day time, and because Toby won’t tolerate being covered at night.

I had the idea a while back that we should try using a room divider so even if they could hear us after bed time at least they wouldn’t be woken up by seeing us move around.  And as a bonus it might make it easier for us to access our kitchen after 7pm!

, hoping that since it was made of just wood and paper it wouldn’t smell too much (aggravating Patrick’s issues with new furniture).  We also bought a used screen to try and reduce that new furniture smell further.

Of course it still stank to high heaven, of oranges surprisingly! It’s not allowed in the house yet, right now it’s in a hallway between our kitchen and basement thinking about what it did.

I have no idea when it will be “house ready” but I’ll be sure to post an update about whether it helps the parakeets and the humans have better evenings.