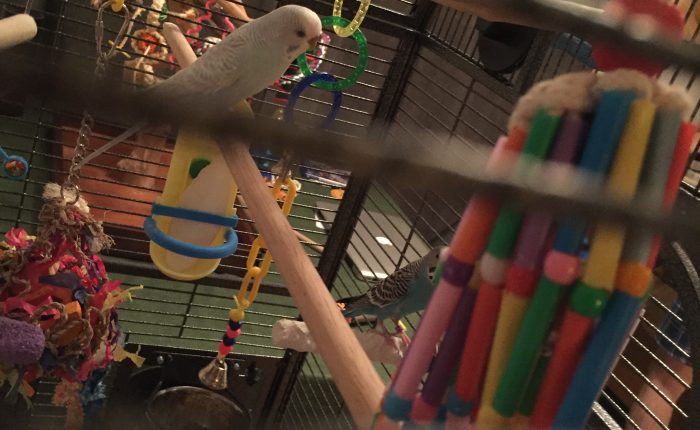 and this toy is still Kelly’s number one favorite.  Not only that, but it is still in good shape for being abused daily.  The toy lost a plastic straw and bead last week when the bottom knot came until, but other than that it looks pretty darn mint.

Here’s a video of Kelly being a bat girl with the wind chimes – I wish it was better but she gets very camera shy, you can see she stops playing and rapidly nods her head at me to indicate I should leave her alone!  Although Kelly is the primary user, Toby also gets into it, but instead of hanging upside down and twisting around Toby prefers to separate one “leg” at a time and drape it over the nearby perch before dominating.

I know that at about $13 it might seem like a pretty big outlay of cash for a single toy, but with budgies it will last you a long time and if yours are like mine it will be the belle of the ball.