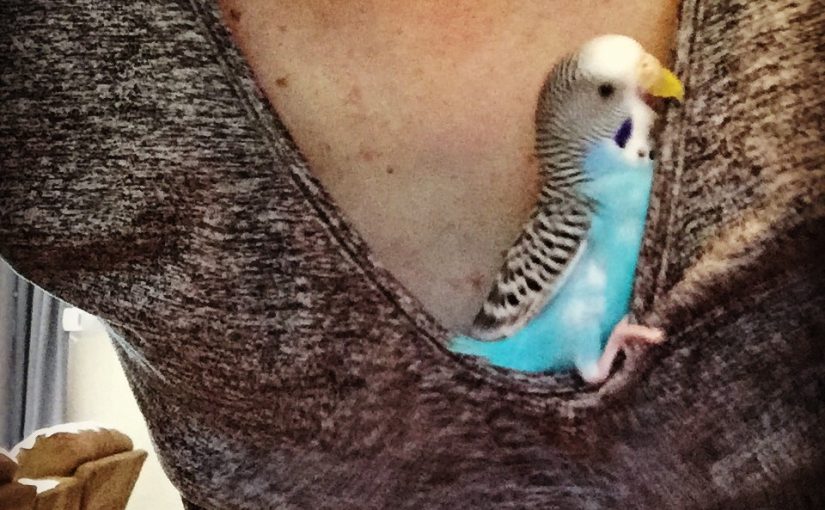 It’s easy to feel very close to a budgie, as though you have a mutual understanding. What a wonderful feeling really, to have such a smart little pet that provides you emotional support and vice versa. I know I’ve certainly experienced how Toby and Kelly help me keep my emotions under control. So, it might seem logical or natural to use your best budgie pal as an emotional support animal, who accompanies you while out in the world in situations that may be stressful.

Here are just a few reasons I would caution you against taking your budgies out in public for anything other than necessity, such as going to the vet, or boarding them for a vacation.

Don’t get me wrong, the relationship between a budgie and their human is totally special, and I absolutely believe that a budgie can fulfill the role of an emotional support animal. I also think that the safest way to do that is in your home. It might be tempting to try running errands with budgies, but the ultimate cost can be too high.