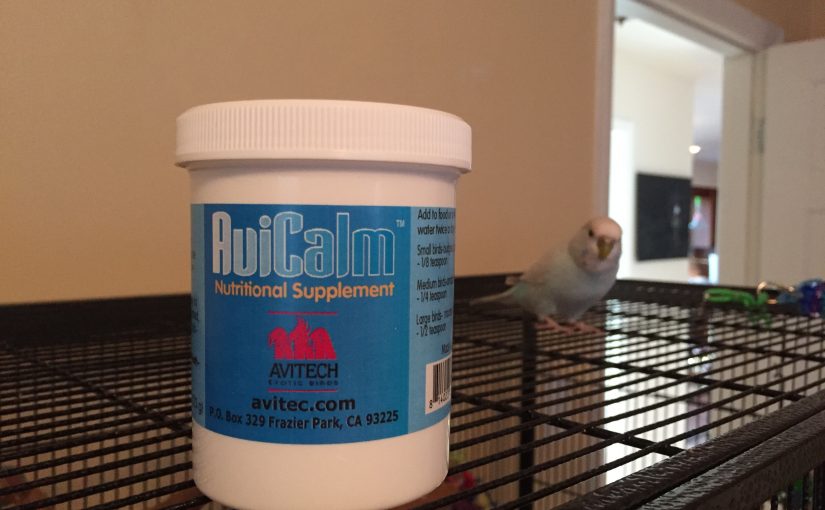 I should have known from the moment we laid eyes on Kelly that she was not going to be a warm and gentle soul. She was the first to hatch out of her clutch and, when we first met her, stood looking at her younger siblings with a sort of detached haughtiness that was certainly a sign of things to come. But, Patrick was drawn to her immediately so I bit my tongue and we chose her for our flock.

As a juvenile budgie, Kelly kept her rage under wraps, she had been clipped and seemed to understand that she needed her human flock for mobility assistance. We had fun building her ramps and bridges, but Kelly was more interested in taking off and seeing how far she could go before thumping to the floor.

Once she molted her way into flight and adulthood all bets were off. Even before she was fully mature she started chomping at us any chance she could get. Not really limiting her biting to territory issues, Kelly liked to preen you gently for a few moments and then start biting! Flying in the face of some common budgie wisdom, Kelly seemed to bite either for her own amusement or just inherent anger. We’ve tried all the many many tips for a biting budgie, which is pretty well documented on the blog already, and only succeeded in making her angrier.

So, it’s not a huge issue to keep our anger-inducing human selves away from Kelly and let her live her best budgie life. But where I feel bad for her is that she can’t seem to make it work socially with other budgies. I thought she and Toby had issues because they are two adult females, so we brought in Kevin and Kelly’s pretty much equally aggressive to him. He doesn’t escalate the way Toby does, thankfully, but still, no solace in the friendship of budgies.

Kelly can’t live with them because she’s got a nasty tendency to bite feet to the point of physical injury, but she doesn’t understand why she’s relegated tjo her own cage (mansion) at the end of the day. The result of that frustration was the recent mania for biting the cage bars, which we mostly managed to stop by providing an insane amount of things to chew and destroy.

TL:DR Kelly didn’t seem to be very happy, and I felt terrible for her.

. I was doing research one day about how to help an angry parrot and stumbled across this product. AviCalm

is a supplement that is put in the budgie’s food or water and when ingested, helps with calming them down. AviCalm

can be used on screamers, feather pickers, chewers and aggressive birds in general.

There are dosing suggestions by size on the packaging; we have been using half of the recommended dose for Kelly for about a month now. While she’s certainly not turned into a snuggle buddy, I have to say that AviCalm

has helped immensely with her aggression.

Patrick and I are starting to be less afraid when she lands on us, I’ve even tried stepping her up a few times and while I’ve gotten bit for it, she hasn’t broken skin in weeks. Biting is still a likely eventuality, but it’s not with the same ferocity she used to dole out on a daily basis.

She even landed on my head and preened my hair yesterday without biting at all; I literally almost cried.

Beyond helping with her aggression towards us, I think that Kelly is feeling a lot better and calmer. She’s been way less fixated on Toby and has been able to relax by herself and play. Kevin loves singing and Kelly has been joining in, which is incredible.

The biggest change has been our bed time routine. We used to have to chase down Kelly and battle to get her in her cage every night. She would obsess over Toby and fight with her through the cage bars until we sometimes resorted to gently nabbing her in a pillow case.

Not anymore! Now I ring the bell for bed time and she is FIRST in her cage and goes right to the perch where she gets her reward. Even if Toby and Kevin are monkeying around, Kelly knows what the objective is, completes it immediately and even seems happy to do it! It’s amazing to not feel like we are torturing her every evening.

seem pretty mixed; based on my experience I heartily recommend giving it a try if you’re dealing with a difficult budgie. At the half dose we still see all of Kelly’s personality, she’s feisty, likes to explore and wants to assert her dominance, but we take the edge off of the incessant biting and obsessive behavior. Obviously I’m not a parrot psychiatrist, but I do think that Kelly is happier on the supplement.

That reminds me! Disclaimer: I am not a veterinarian nor am I providing medical advice for your budgies. I am merely providing a review of my own experience with a product. YMMV. This post was not sponsored by AviCalm

, but as usual the links are affiliate links.

11 thoughts on “Using AviCalm for an aggressive budgie”