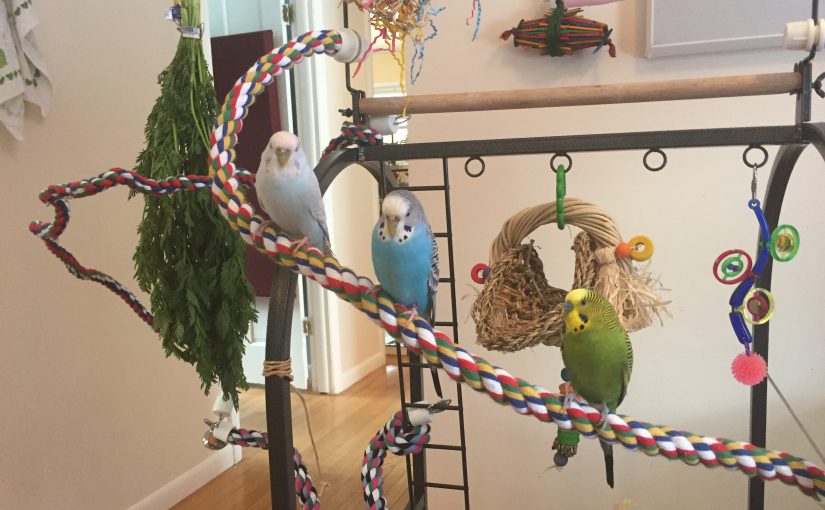 So, you brought home your first pet bird, and if you’re anything like me, you immediately started hitting Google and other resources with all sorts of questions. Things like, how long should my bird sleep, what’s the best food, etc. As you do more research, another question starts to loom large: what the heck is this animal called in the first place? Did I get a parakeet, a fancy parakeet, a budgie, or a budgerigar?

To clear it right up, if you have something that looks like this: 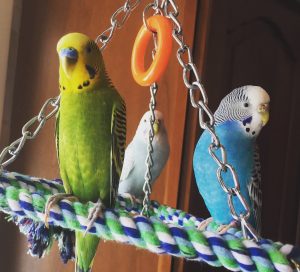 You have a budgie which is the common term for a budgerigar, a small Australian parakeet. A parakeet is a parrot with a long tail and a slender body. There are hundreds of types of parakeets and budgies are just one of them. So, look at you go, in one new friend you have a budgie, a parakeet AND a parrot!

Where it got twisted is that if you’re in America, you have probably only seen these little guys referred to as parakeets or, for certain color mutations, fancy parakeets. When they first started selling budgies in America (or so the lore goes), the Ad Men sat around a table and said, “we can’t possibly sell something call budgerigar to American families! They will never be able to pronounce it, let alone understand what that is!”

Then they asked themselves if there was any other name they could call it and realized that it’s also a parakeet. Patting themselves on the back, they decided that budgies would be known as parakeets, and any other parakeet would have to pick another name or a modifier!

This is how we came to have our little misnomered babies. Here at Home Keet Home, I end up using the terms somewhat interchangeably, which is less than ideal if I want to look like a well-informed budgie owner! But, keeping in mind that many readers will be A. American and B. new to budgie parenthood, it seems prudent that folks be able to find us no matter where they are in the world or where they are in their journey with budgies!

You may also hear the term “English Budgie”. There really is no such thing as an English budgie. What people are talking about are larger Show or Exhibition Budgies that have been bred with some different characteristics, frequently for the purpose of showing them in the way that people who breed championship dogs would, although there are many people who breed exhibition style budgies for pets only.

Ultimately I don’t think anyone should feel shame or be shamed for using the terms they are familiar with. Much like learning over time about the complex social, emotional, intellectual and physical needs that budgies have, I wouldn’t expect anyone to know day one that the animal that was called a parakeet in every pet store in the USA is more accurately a budgie!

5 thoughts on “The difference between the terms budgie and parakeet”