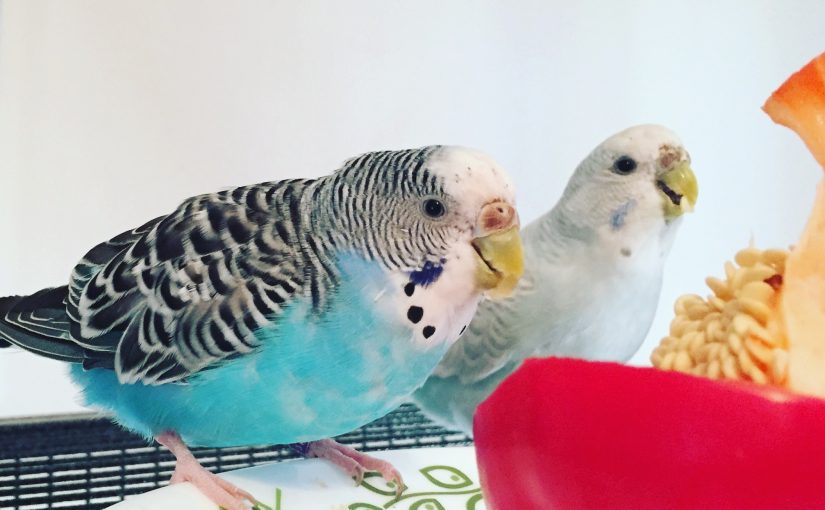 It seems pretty common that flock parents struggle with budgie morning noise. Typically it’s a pure joy to hear the flock trilling away, but at the break of dawn after a late night is another thing entirely! Weirdly, even with the addition of the fantastic singing Kevin to the flock, our mornings are still quiet until at least 8am, if not later.

I think that we’re creating a situation that’s conducive to everyone sleeping until a reasonable hour in a couple of ways.

These are the only things I can think of that we do to impact the flock and their likelihood of singing in the early morning hours. So far I don’t think we’ve had a single weekend morning where we’ve been woken up by a pack of singing lunatics. Just this morning I woke Toby up at 8:30am.

I’d love to hear some other tips for keeping mornings calm and sleepy! Or does everyone else like being woken up at the crack of dawn on the weekends and I’m just a lazy bones with equally lazy budgies? 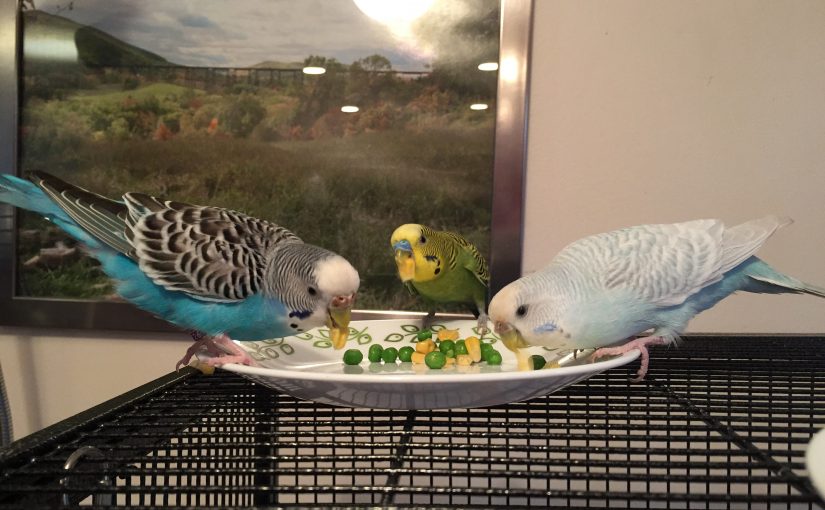 For the two plus years when we only had female budgies I wondered what people were talking about when they complained of budgies that sang loudly all day. Toby and Kelly on their own were largely silent, except bouts of screeching and screaming at each other. Now that Kevin is integrated with the flock I finally know the joy of singing budgies!

When we first picked out Kevin at the pet store he was behind Plexiglas so we couldn’t hear him singing. But, we chose him in part because we could visually tell that he was singing his heart out. Upon bringing him home he made zero sounds for the time he was in quarantine, except for some weak flock calling to the girls. It was so sad, even though we played music

for him constantly and budgie noises on YouTube, he was just not having any part of it. I think the poor fellow was so terrified all the time it seemed way too risky.

A couple of weeks after coming out of quarantine Kevin decided it was safe enough to try a little song. For a while every afternoon he would sing for a few minutes, and then presumably wait to see if anything came to murder him. Finding that there was no imminent threat, every day he sang more and more.

I love the sound of Kevin’s singing!  At first he was a bit rusty and quiet, and now he’s very warbly and melodic most of the time, and he loves to run through his whole catalogue of sounds.

The best part is that he’s convincing Toby and Kelly that there’s more to vocalization than screeching and flock calls. They all take part in the singing and even though there’s way more noise overall it’s SO much more pleasant. When they are all three singing their best songs it makes me a little bit misty to think they are a happy flock.

The other side of the coin, of course, is that I finally know what people are talking about when they say their flock’s singing rivals whatever is on the television! We were watching a movie last weekend and they sang along with everything and wanted to be the loudest thing in the room. So far it’s new enough to just be absolutely adorable, but I’m sure that will wear off.

When we had just the girls I tried for ages to get them to learn R2 D2 noises from a YouTube video. It was a total non-starter. I’ve tried again a few times since getting Kevin and shockingly, Kelly has picked up a few noises very quickly. I remember when she first came home that she had a lot more sounds than Toby, she even used to make a car alarm noise. But she definitely ended up limiting her range to whatever Toby would reproduce as well, and all the variety was gone in short order.

I couldn’t be happier with the noisy, happy sounds of our flock of three. I want to get some of it recorded but Kevin is still super camera shy and clams up as soon as he sees it come out. Given a few more weeks I’m sure he’ll be fully adapted to having a camera in his face at all times, just like the rest of them.

One other side effect of the singing is that it’s making me rethink moving them to another room. I feel like I might miss out on a lot of the good stuff, and I’m not sure I’m okay with that, even if it’s selfish in some ways. For now I want to enjoy all the singing all the time! 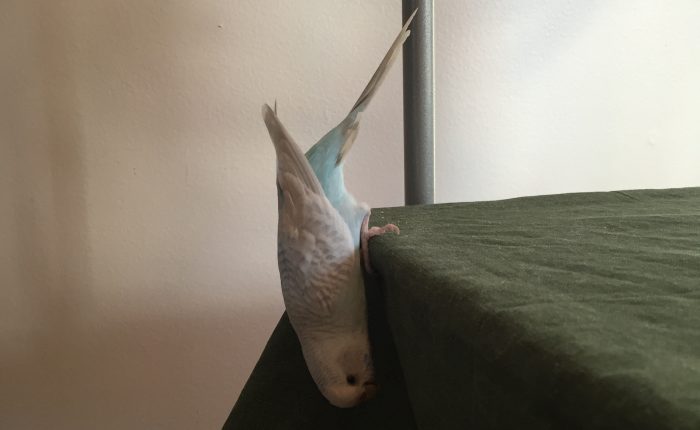 We had a little warm spell recently and it brought a lot of outdoor birds out of their hiding spots to chirp and enjoy the nice days.  It has also made Kelly want to communicate with them desperately, so she’s been flock calling to them every morning for hours straight. I know that in a week or so she would realize they aren’t going to talk back and stop trying, but in the interim we have this incessant yelling.

Before getting a budgie (or any bird), listen to this on a loop for 2 hours and decide if you can take the noise!  Please excuse the weirdly-sized video and the water noise in the background, she stopped yelling as soon as she saw the camera so I had to run the water to get her going again!